(above: Liliane Amuat and Henriette Confurius in Ramon & Silvan Zürcher’s THE GIRL AND THE SPIDER)

In 2013 Swiss film director Ramon Zürcher had a festival hit with “The Strange Little Cat” that invented a unique formal language for telling a rich story of interpersonal relations in a cramped living space. His brother Silvan joined him last year to co-direct “The Girl and the Spider,” a masterful portrait of the dissolution of a friendship (and maybe more) captured using the same image and sound strategy used in the earlier film. It opens Friday, April 8 at the Metrograph theater in Manhattan and at Film at Lincoln Center.

This German language film is set mostly in the new apartment Lisa (Liliane Amuat) is moving into, with the help of her mother Astrid (Ursina Lardi, who played the Baroness in 2009’s “The White Ribbon” ), a contractor (André M. Hennicke) and his son Jan (Flurin Giger). Lisa’s ex-roommate (and maybe ex-lover) Mara (Henriette Confurius) is there, too, watching mournfully and not really helping much.

It’s unclear if Lisa and Mara were more than roommates but they seem to have lost some measure of intimacy that seems to be rekindled and then destroyed again as the move proceeds. The discovery of a non-venomous spider in the apartment has them passing it between each other as if it were a kitten. An argument between them witnessed by Astrid (who seems unawares of any relationship they may have had) suggests much but still doesn’t reveal if Mara’s passion for her ex-roomie had actually been consummated. Mara is the antagonist here, passively aggressively taking out her quiet anger and hurt with tiny acts of violence: stabbing a table, pouring a bit of coffee on a dog, killing a fly to demonstrate how little she thinks of one prospective boyfriend.

Meanwhile, the desires of others are bubbling all around them. A widower downstairs tells Mara she regrets she’s not moving in too: “We could have had a lot of fun together.” Lisa’s mother is flirting with the contractor, much to Lisa’s dismay. (It’s unclear if Astrid is still married.) Two female roommates in the same building (Dagna Litzenberger Vinet and Lea Draeger) are both vying for the love of Jan (it doesn’t help us that they resemble each other!), who is smitten with Mara and initially rebuffed. Most of the actors will be unfamiliar to American audiences and they all do brilliant work here.

The story is punctuated several times by a delightful and mysterious piece of music–Eugen Doga’s “Gramophone” waltz–sometimes accompanied by series of shots of objects (a floor plan being colored with crayons by a little girl, the spider on the wall) that strongly resonate with the questions left open by the film.

The camera is static, always framing the action in a middle shot of one or two characters. The off-screen space and sound create a delicious tension as people and objects enter the frame unexpectedly, introducing a flurry of brief encounters and intriguing interactions. The focus of the story shifts effortlessly as neighbors, children, dogs and cats wander by adding new details and twists. A couple of times (a chamber maid who has gone away to work on a luxury cruiser, a elderly woman who covets a neighbor’s cat) the film resembles a Wes Anderson type of world but otherwise the Zürchers stick to the unique formula they have created. (They say this is the second in “a loose trilogy about human togetherness.” )

But like Anderson, the Zürchers have found a way to merge the intimacy of theater with a thrilling cinematic experience that totally engages the viewer. Gone are the histrionics of conventional drama; instead we have a 98-minute string of emotional and visual waltzes which resolve into a feeling of patient, blissful wisdom about the universal ache of (and new possibilities that emerge from) lost connections. 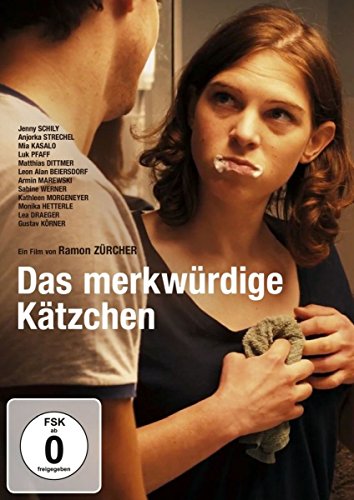 “Dreaming Walls,” a portrait of the Hotel Chelsea, on VOD