The Washington Post reported this week that 2022 was a huge year for horror films, perhaps because of post-pandemic desires for cinematic shocks or maybe it’s just a coincidence. They cite Paramount’s decision, after well-received test screenings, to release “Smile” in theaters instead of their original plan to send it straight to streaming. That film has made almost $200 million worldwide after only a month. A free screening of “Smile” was part of the excellent Brooklyn Horror Film Festival that ended on October 20 and if you watched any post-season MLB games you may have caught sight of the viral marketing campaign for the film: paid actors sitting behind home plate displaying the same unsettling grin that precedes bloody scenes in the movie. I reviewed several films from the festival in my first dispatch. Here are more films that impressed me at the 7th Annual Brooklyn Horror Film Festival.

“Give Me An A” is as notable for its production history as for its scary and timely content. After the Supreme Court’s decision last June to invalidate “Roe v. Wade,” Natasha Halevi contacted other women film directors and worked with them to make a horror anthology inspired by women’s fears of losing their bodily autonomy due to the new abortion bans. The plan was to release it before the mid-term elections–only a bit more than four months away! Not only did they finish it before November 8, they have delivered an astonishing showcase of 16 shorts plus a wraparound piece (the cheerleaders chanting the titular cheer) directed by Halevi.

The shorts range in tone from comedic, such as director Bonnie Discepolo and co-writer Trevor Munson’s “DTF” (after hooking up on a dating app, a man must negotiate with his date’s lawyer regarding any pregnancy resulting from their tryst) and Halevi’s own “Abigail” (starring Alyssa Milano as first lady Abigail Adams) to scary like Monica Moore-Suriyage’s “Medi-Evil,” and tragic (with an element of hope) as in the final segment, Loren Escandon’s “The Last Store” (featuring Gina Torres). This film deserves a huge audience!

“Give Me An A” received the “Gold Audience Award” at the festival.

In “All Jacked Up and Full of Worms,” Benny (Trevor Dawkins) introduces his young Michigan slacker friends (Phillip Andre Botelloto, Betsey Brown and Noah Lepawsky) to hallucinogenic worms he stole from a hooker (Eva Fellows). Benny is a grotesque misfit who uses a pedo sex doll to channel his desires to be a father. The whacked out (think early John Waters films) narrative that follows is not always as funny as it could be; the focus is on the horrors of the abject and gross-out deep dives into pools of bodily fluids, excrement and drug-fueled violence (a bait store is robbed!) and psychedelic imagery.

This super low-budget feature isn’t for everyone but I liked it a lot. (And it’s been a big hit at earlier festival screenings.) Based solely on this feature, director Alex Phillips is my candidate for doing the film version of “Story of The Eye,” Georges Bataille’s notorious and surreal 1928 novella about a young couple indulging in water sports and other sexual perversions.

“Flowing” is an Italian/Belgian co-production about a family in Rome traumatized by the death of their mother and a strange phenomenon affecting them and other citizens. The father (played wonderfully by Fabrizio Rongione, who is known for his roles in several films by the Dardenne brothers and most recently in “The Happening” and a starring role in last year’s excellent “Azor”) is very stressed by his job, by work taking care of his wheelchair-confined young daughter and by his petulant son’s juvenile delinquency.

Director Paolo Strippoli waits a long time to reveal exactly what happened that set the father and son against each other and by that time their emotions are already raging because of a strange fog that has been emerging from manholes every time it rains. Though primarily an evocative film, a truly frightening final third gives “Flowing” a powerhouse emotional kick. Meanwhile, can someone remind me which Lars Von Trier film the chapter titles in the film are copying?

“Run Sweetheart Run” stars Ella Balinska as Cheri, a lawyer’s assistant who goes to dinner with Ethan (Pilou Asbæk, from “Game of Thrones”), an important client in order to cover for a double-booking mistake. Everything goes well at first but once she goes back with him for a nightcap, he viciously attacks her. She spends the rest of the film running all over Los Angeles as he hunts her in a modern day version of “The Most Dangerous Game.” Ethan has some super powers; he can smell her blood from far away and she is on her period and has a hell of a time finding a tampon! There are several bravura set pieces during her journey and Balinska gives a terrific performance. Director Shana Feste has a lot of fun confronting Cheri with so man people (even friends) who don’t believe her, despite a horrible gash on her forehead and blood and scratches on her back! (Likewise, in the recently released and recommended horror feature “Barbarian,” a black female character running from a monster is treated like a drunk crack addict when she goes to the police for help.) Several winks to the audience–Ethan stopping the camera from entering his mansion just before he assaults her, huge red titles “RUN” appearing on the screen at key plot points–cue us in to sit back and enjoy the ride. (Available for free with Amazon Prime.)

Winner of top honors at this year’s Fantasia Festival, Karim Ouelhaj’s “Megalomaniac” is inspired by the true story of the “Butcher of Mons,” a French serial killer who murdered several women in the late ’90s and was never caught. Rather than recreate those crimes, Ouelhaj tells a fictional story of two of the Butcher’s children. His son Felix (Benjamin Ramon) carries on the family tradition of murdering and enslaving young women. Daughter Martha (Eline Schumacher) works as a janitor at a factory where two co-workers repeatedly harass and rape her. The look and feel of the film is exquisitely creepy but the violence can be hard to watch; it’s hard to even conjure up much sympathy for Martha (played with astounding conviction by Ms. Schumacher) once you realize she accepts her brother’s horrid deeds and even asks him to capture a woman to be her pet.

One scene of Felix cracking the bones of a female victim made me think about how the everyday horrors of the circle of life are no less horrific than what this monster inflicts upon his own prey. (I will never forget once seeing a hawk swoop down and carry a pigeon from my fire escape off to its certain death.) The violence here is amongst the most cruel and grisly I’ve seen since “Silence of the Lambs,” but does the film really constitute a critique of patriarchy as some have claimed? I’m not convinced.

“V/H/S/99” is the latest entry in the “V/H/S” found footage horror anthology franchise. (Released on October 20 on the Shudder platform and it was the biggest debut of any film there.) This is my first exposure to the “V/H/S” franchise and I was very impressed by how scary and funny it was. Five segments are intercut with humorous stop motion animations of toy soldiers. My favorites of the five are “Gawkers” (teenage boys spy on a hot female neighbor and pay some bloody consequences for it) and “Ozzy’s Dungeon” (a gruesome and campy game show ends in a contestant’s horrific injury). “Ozzy’s Dungeon” almost tried my patience with a torture porn middle section but made up for it with a visually delirious ending whose eldritch creature seems as inspired by experimental filmmaker Kenneth Anger as it does Cthulhu. 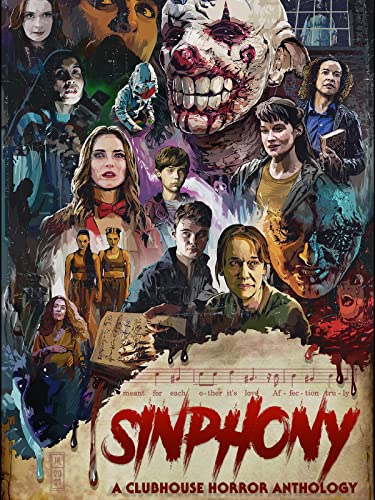 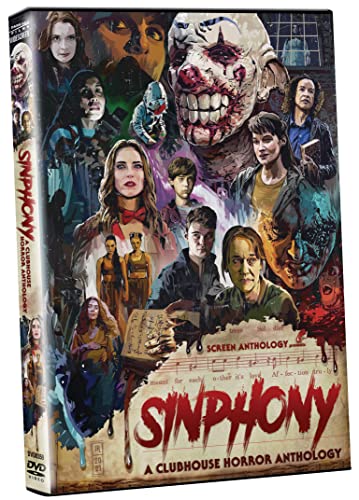 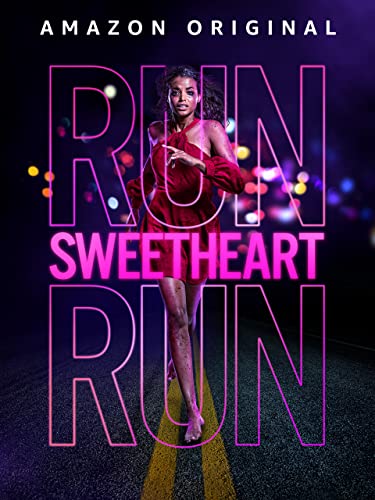 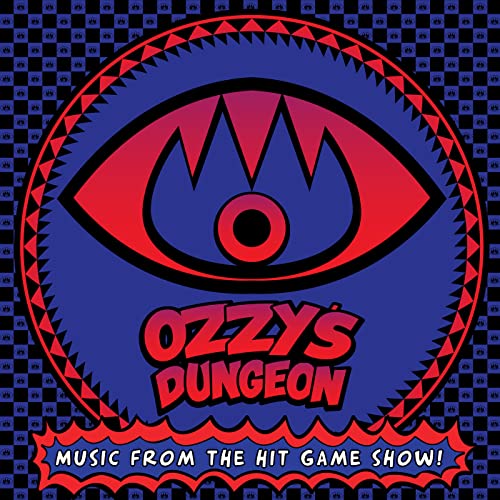 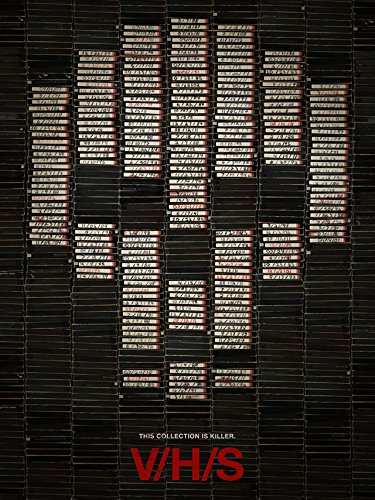 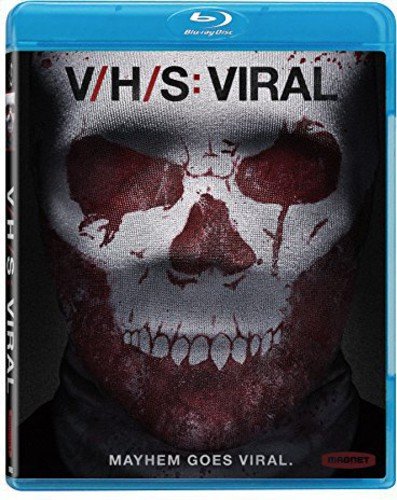 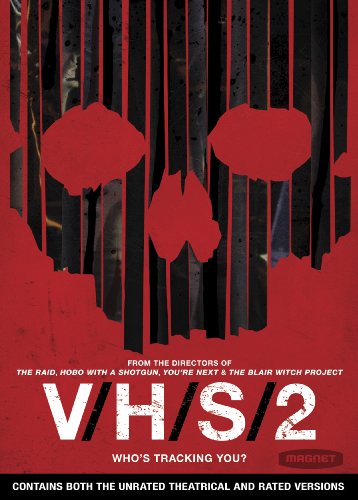